A pleat is a small section of fabric at the panel heading that has been folded and sewn in place to create fullness.
Our unique pleated styles will give you the custom drapery look to fit your decor.
Avoid the pared down and plain look of ready-made (bought off-the-shelf) pleated draperies.

Pleats are available in a variety of drapery types, drapery styles or drapery panel styles.

View our array of drapery pleating styles below or complete the form on the right for a free, no obligation consultation with one of our interior designers who can help you determine what pleating style is right for your home decor.

No buckram or stiffener is used in the heading.

The heading between pleats is tack pleated down, creating a set of horizontal pleats.

The sections of the heading between pleats are cut in a scalloped shape.

Use decorative trim to highlight the pleat point of the heading.

Flags are integrated into a soft heading between pleats.

A border heading is placed behind the main panel heading and they are pleated together as one piece.

A necktie flounce is attached to the main panel at the pleat and it is pleated together as one piece.

A fabric scarf is threaded through buttonholes between the pleats.

The pleat section of the panel is extended and tied close at each pleat.

A stright border heading is placed behind the main scalloped panel heading. They are pleated together.

Contrasting ties are threaded through buttonholes in the panel at the pleat base.

A ruffle is insert in the panel at the pleat base before pleating.

The front of the goblet is split and folded back to expose the contrast lining of the interior.

The throat of the box pleat is folded back and tacked or pressed in place.

The heading has a raised border. The goblet is short and has an open throat. The upper goblet is stuffed.

Buttons embellish the face of the panel at the pleat.

Open tuxedo pleats with contrast lining and interlining are trimmed with buttons.

The box pleat has an integrated flag in the heading that is folded over the top of the panel.

Pleated swags are place between each pleat at the heading.

The box pleat has an integrated scalloped tab in the heading that is folded over the top of the panel.

Pleated swags are placed between each pleat at the heading.

The heading has a double valance pleated together as one piece.

Group pleats together for an interesting heading.

Tripple-point flags are added to the top of the heading before pleating to create gathered fans.

Pleating styles and illustration used with permission from:
The Design Directory of Window Treatments by Jackie Von Tobel
Published by Gibbs Smith

Contact us today for any additional questions you may have on any of the different style of drapes available. Or fill out the form to the right to set up your free in-home consultation with one of our trusted interior designers.

Andrea Davidson
We are so pleased with our new drapes. Kathy Salerno knew exactly what I wanted to achieve in the dining room. I love the fabric and workmanship is outstanding. Thank you!
Read more

Scott Sunyog
It was last fall 2020 when my husband and I decided to call Drapery Connections to come and give us some ideas on what style and best fit window coverings that will suit our newly renovated family room. That’s how we met their very talented and highly experienced interior designer MARCIA PEDERSEN, who has done a beautiful and amazing job designing our family room window treatments. As COVID hit, locating the fabric that we wanted was not an easy thing to do, but Marcia was able to provide us with fabric selections that we really liked in no time. Being in the company for more than 30 years really makes a difference. She went above and beyond our expectations. My husband and I couldn’t be more happier. She is the best! We couldn’t wait to see how our window treatment for our newly renovated kitchen that she designed and recommended will turn out. We are very excited as we know she will do a marvelous job! Thank you MARCIA! You are simply the best!
Read more

Katherine Puffer
Kathy Salerno of Drapery Connection has done a number of projects for me. I am very satisfied with her work, professional approach and the quality of the workmanship. Thanks Kathy!
Read more

Kelley Rubin
I have been using The Drapery Connection as my custom drapery workroom for the past 8 years for all my local design projects and they always do a beautiful job! Kathy Salarno is wonderful to work with and provides outstanding customer service. I would definitely recommend her and The Drapery Connection.
Read more

Brice Cleland
Couldn't be happier with our experience. Susette really understood what we wanted for our daughter's room - she selected fabrics for the roman shade and pillows, and she selected an amazing grasscloth wallpaper that we fell in love with. And Mimi had a great idea of using the fabric in the accent pillows for the matting in the frames. Great company to work with.
Read more

Kimberly Mullady
I worked with Kathy Salerno at Drapery Connection on this custom shade for my kitchen window. Very pleased with what she helped me select. Installation was smooth. Overall great experience!
Read more

Jessica Harling
What a transformation! I cannot thank Drapery Connection enough for such beautiful work and attention to detail. When my Designer helped me pick my fabric, I never would have imagined that their workroom could put it together to show the pattern even after the folds! I just LOVE my office.
Read more

Diane Cleary
Susette and her team did a great job for me. Quick service and a quality product. We have used the a Drapery Connection for years. Our home decorator always recommends her as well. I could never pick out a window treatment on my own.
Read more
To the Trade Form TBD
Free Consultation
Order Status Careers Review Us 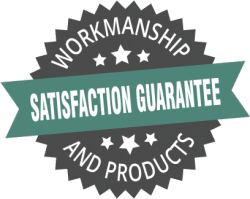 Meet from the comfort and convenience
of your home.